Now reading: Other's Day: What Is It? (And Why It Isn't Anti-Mums)
PrevNext 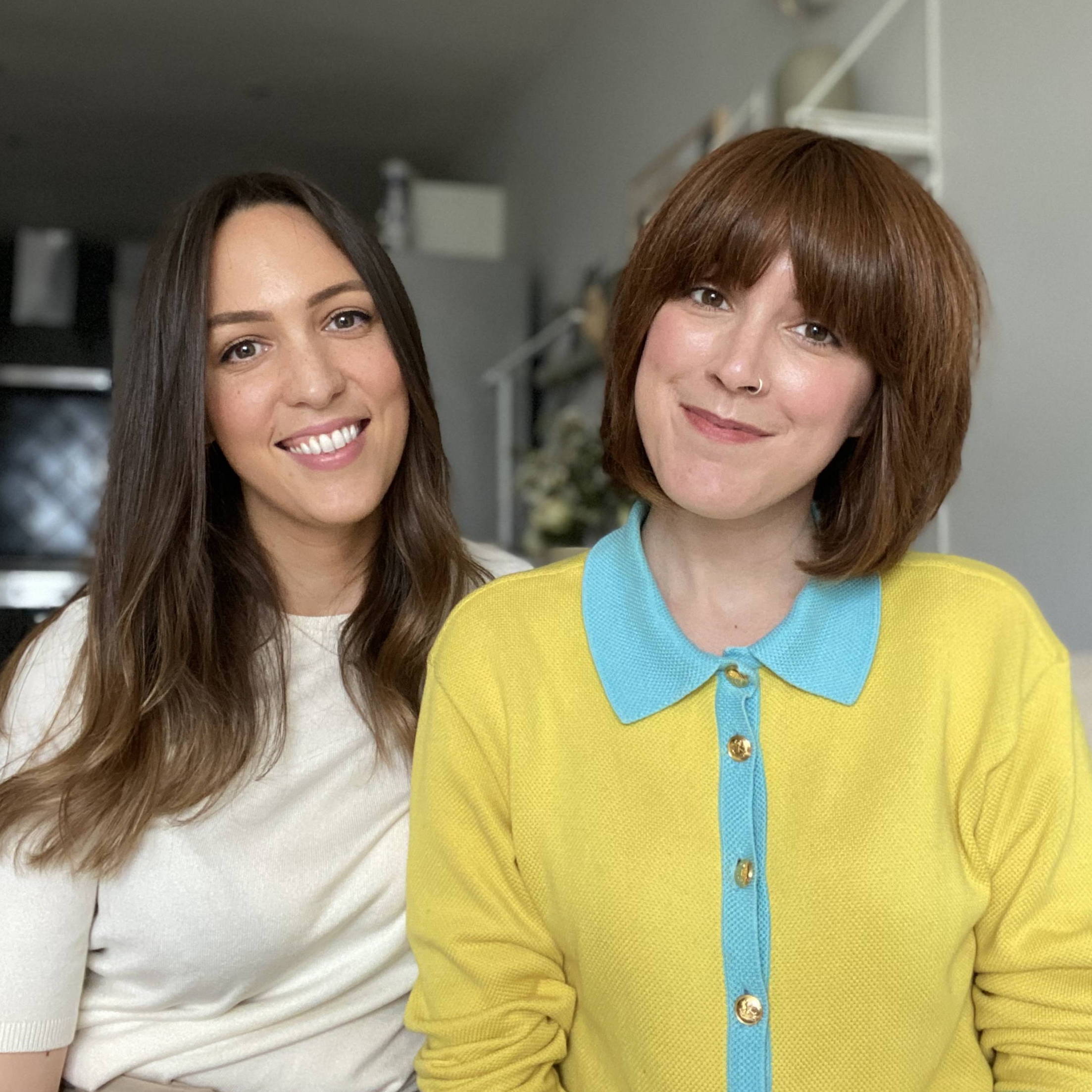 You might know Robyn Donaldson and Emma Hopkinson better as their Instagram interior design alter egos @around.robyn and @thecrapflat, but at this time of year they’re both busy talking about a different passion: Other’s Day. It’s their social media movement which aims to support anyone who finds Mother’s Day or Father’s Day difficult - perhaps they’ve lost a parent, or were unable to become a parent themselves, for example - when the onslaught of emails, adverts and commercialism with the word ‘MOTHER’ or ‘FATHER’ stamped on it can be hard to cope with.

Robyn, who is estranged from her mother and lost her mother-figure, her grandmother, to cancer, and Emma, whose mother died from breast cancer, know better than anyone what an emotional strain these celebration days can be. They’ve always had each other to talk to, but two years the pair opened the Other’s Day discussion up to their Instagram followers. It was received with a huge response and in many cases, huge relief as well.

We caught up with them to find out how it all started, and why they’re supporting Goal 5: Gender Equality.

This interview was originally published in March 2020

You support each other like family - but how did you meet?

Emma: Robyn managed a shop and I brought her the best covering letter she’d ever seen.

Robyn: You did about 3 shifts and we were like “shall we keep each other?”

E: And we did. We were in our early twenties and Robyn’s nan, who raised her, was going through cancer. My mum had breast cancer, and we drunkenly one night confided in each other that this was happening and we were like “oh yeah you’re in the shit too!” And that was the genesis of Other’s Day really, we were each other’s support group for that whole time. 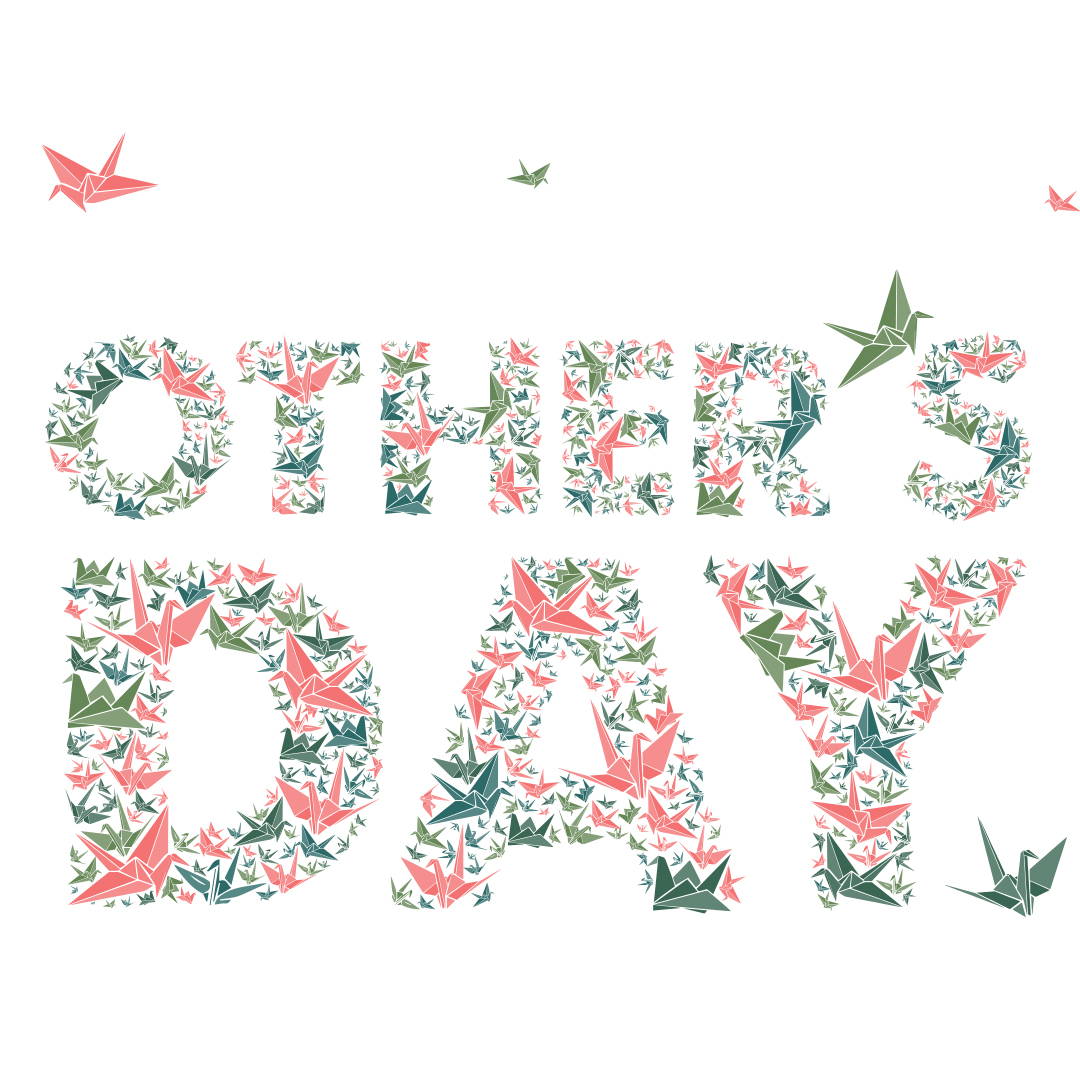 Do you think there is an expectation to act a certain way when you lose a mother figure?

E: We deal with things in different ways. I will put everything in the emotional lock box and I’m only now unpacking it 6 or 7 years later; Robyn gets everything out.

R: You didn’t tell me for two weeks. I texted you about something really random and you were like “yeah, she’s gone”. Whereas I texted everyone I knew about half an hour after my nan died because I needed everyone to know that she was dead and the world was over. We found a middle ground between our different ways of grieving which was enlightening for both of us. It’s really easy to sit in your grief - I wear it like a cape.

E: I felt like I was giving it away if I let people in. We just don’t ever want anyone to feel alone through grief.

R: Or that they feel weird. People have a timer and they are sick of listening to grief at some point and you can see it. They have a few months and then they want the old you back. They’re not going to get the old you because you aren’t the same, you’ve changed. And then you gravitate towards other people who have been in that position. I think there’s a sonar we give off. Little broken hearts shout to each other.Why did you start sharing Other’s Day with your followers?

E: Last year was the first year we both had our Instagram accounts, we’d started the blog, and we were like shall we do something for Mother’s Day? Because we’ve both had a shit time with Mother’s Day.

R: We tested the water and people got back and said “we hate it too!”

E: I think we started talking about it a week and a half before actual Mother’s Day, so we just put it out there and did it. We ended up on the BBC, in The New Statesman, Forbes.

E: It was totally organic and authentic because we were just like “is everyone else alright?” and they were like “no!” I think the message that we get the most about Other’s Day is “thank you for creating this”.

R: People who don’t like Mother’s Day feel like a drama queen, but it’s not dramatic to say I just really don’t want to do this.

E: I think that’s what Other’s Day is about. Everyone has just always thought “it’s just me”. And actually, when other people say “I feel shit at this time of year too”, it’s just this little moment of solidarity. Someone else to say “I’m the same, it’s shit”. 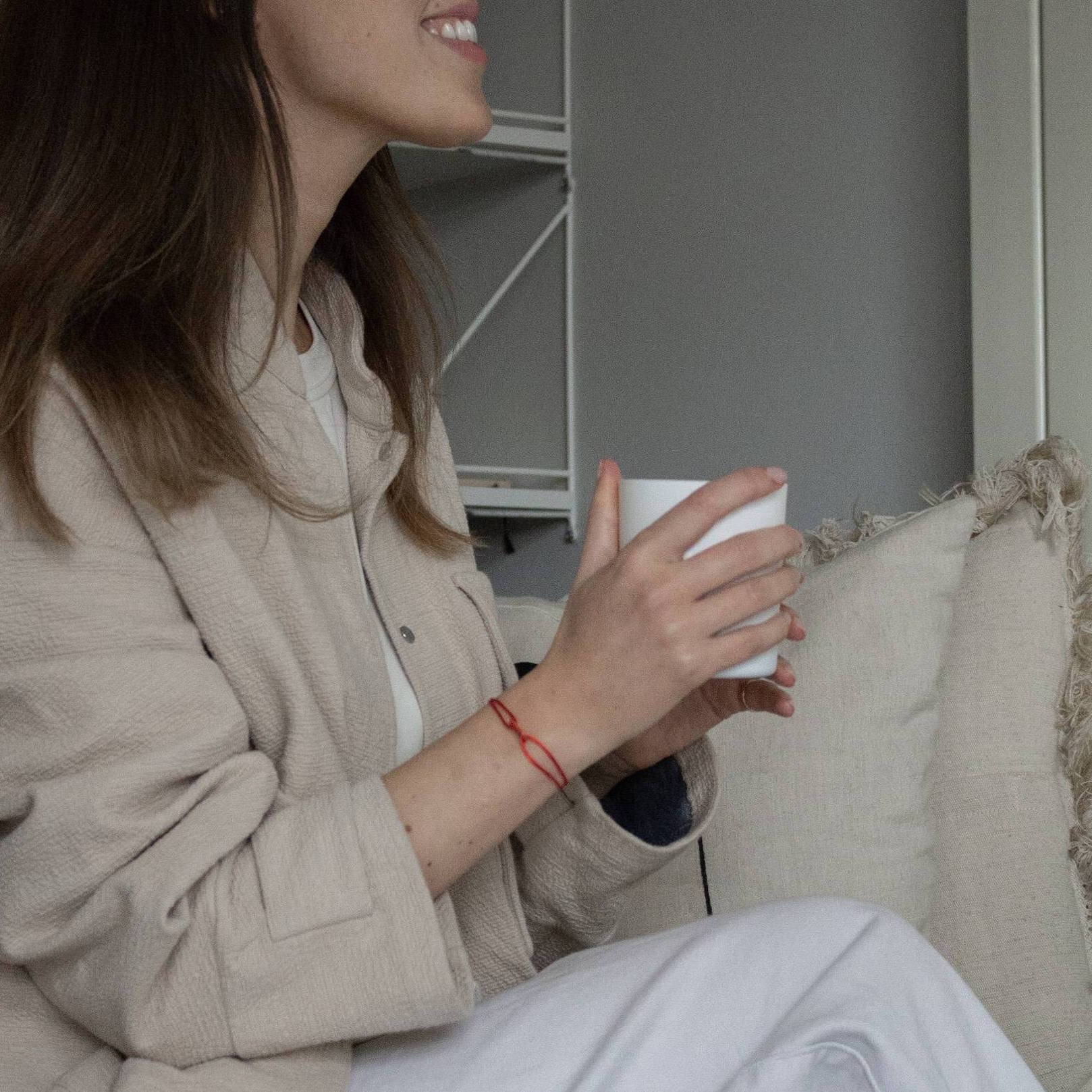 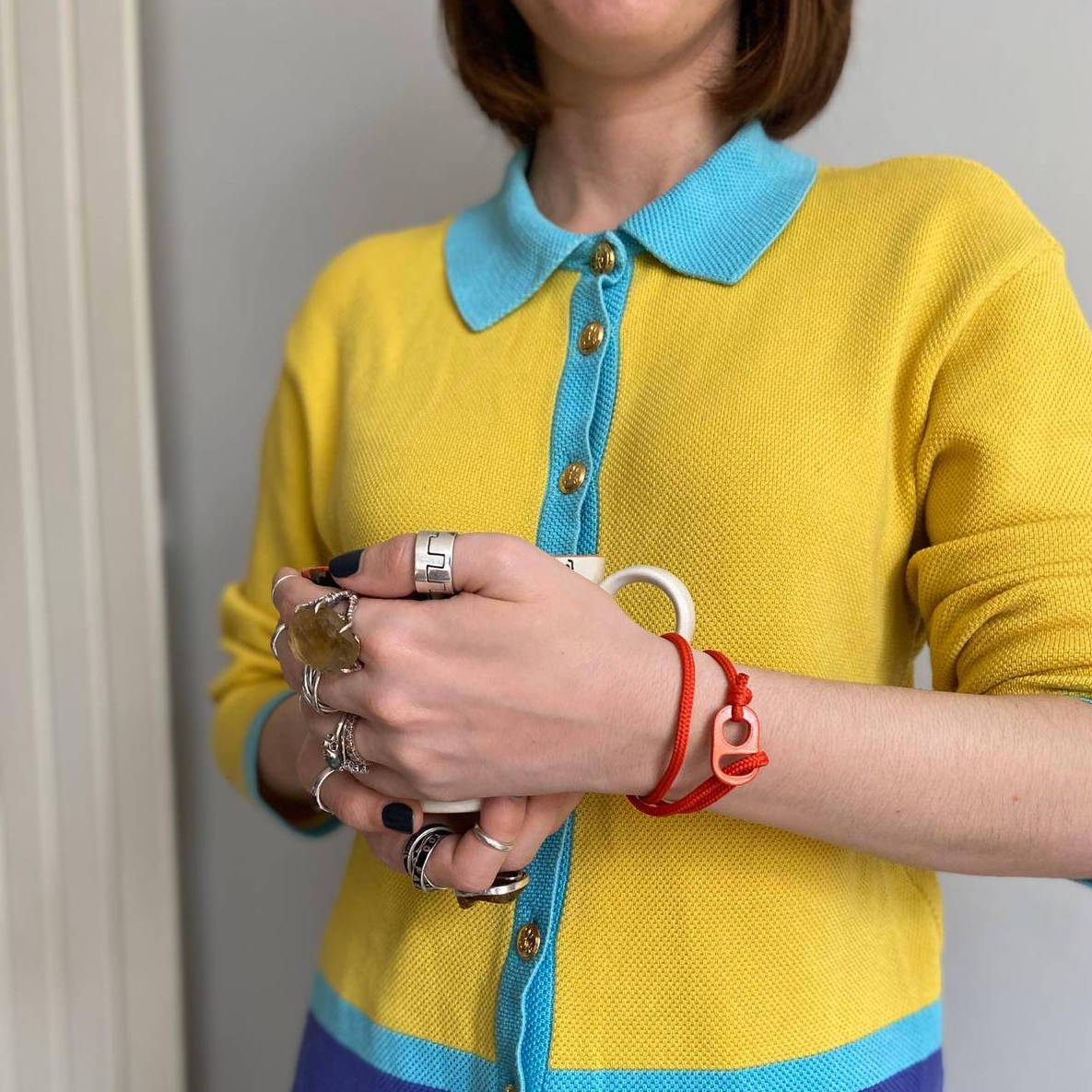 Do you think Mother’s Day puts pressure on women to be perfect?

E: Mother’s Day in particular espouses this ideal of motherhood.

R: And I think it’s dangerous because it puts unrealistic expectations on that relationship which is a complex human relationship that is often flawed. It’s not real. I don’t think I’ve ever bought my mum a Mother’s Day card. I’d never have thought to send her a card because I don’t think of her in that way. I used to send my nan a Mother’s Day card but I’d never send one to my mum because it would seem really disingenuous, like thanks for nothing.

E: People are very protective of mums and I think some people misunderstand what Other’s Day is - that we’re trying to take a day away from mums. I don’t think it should stop, people love Mother’s Day, but there just needs to be more sensitivity around how it’s marketed.

Tell us about the women you hear from who haven’t lost a mother, but have struggled to become one themselves.

R: I have a friend who can’t have children and her birthday is near Mother’s Day. She went for dinner and there was a Mother’s Day goodie bag that they forced her to have and she was like “I don’t want this”. She’d had ongoing problems with her fertility and didn’t need to be reminded but they just insisted. Someone else told us about the son she’d lost just after he was born, and Other’s Day gives someone a space to talk about that where they feel comfortable.

E: I think for mums or for people who are struggling to conceive or who have lost a child, there’s so much guilt around that conversation. Sometimes that makes people feel vulnerable and like they’ve failed somehow.

E: That was one of the things when we were talking to people - everyone had these different experiences of motherhood or anything surrounding it that they all came together in a little ball of pain and aloneness and otherness.

R: People wanted to care for other people which is basically the definition of mothering.Are there any brands doing a good job when it comes to being more sensitive?

E: Bloom & Wild are a great example because every year they run a Mother’s Day email opt out. This year they’ve extended that so that if you opt out of their emails you won’t see any Mother's Day content on the site at all.

R: And that is great marketing, because anyone like us gets told we care about you even though you’re not an attractive prospect to us at the moment. What you’re spending on a fairly cheap campaign is worth about tenfold - people buy into the brand because they feel like they are being spoken to.

Tell us why you’ve joined #TOGETHERBAND and Goal 5: Gender Equality

R: Because we love women.

E: We do love women.

R: There’s nothing as powerful as a gang of women getting shitted on. Because of the society we live in, we’re used to having to rally together.

E: I was someone who was very much raised to be a nice girl, be compliant, smile, be attractive, and I’m only just now in my 35th year getting to the point where I feel comfortable just being who I am. I still very much exist in that paradigm but it’s really important to me that that changes and that other generations aren’t raised that way.

And who will be sharing your #TOGETHERBANDs with?

E: I'm going to share mine with my partner so he can fight the good fight in his work as a personal trainer, where he meets lots of different, influential people every day.

R: And I'm posting it to my uncle Bryan in the hopes he can spread the feminist agenda throughout our tiny Lancashire village!