As we celebrate Goal 5: Gender Equality, Roshan McArthur looks at the way language can be damaging when it comes to female empowerment.

We barely even notice them – the insidious terms that are part of the fabric of our daily lives. It’s not surprising that we use different language to describe men and women but, on closer inspection, many of these words have negative (or highly offensive) connotations. Take the word “bossy”, which is mostly used to refer to opinionated girls or women who assert themselves. It’s a term rarely used to describe boys or men (they’re just “confident” or “assertive”) – the implication being that women shouldn’t express strong opinions.

Here are 21 of the worst offenders...

This term is said to have originated in a 1960s sitcom and is a favourite of Boris Johnson. A derogatory schoolyard term, it’s usually directed at a man who is perceived to be weak or effeminate, implying he is frilly, flouncy and insubstantial. Like women’s clothing.

Derived from the Middle English word frumplen, which means to wrinkle, frumpy means dowdy and is almost always used in relation to women. Try Googling “frumpy” images, and you’ll find nothing but women in baggy t-shirts and A-line skirts. See: MUMSY.

In a 1926 opinion poll, a ratio of 100 to 1 people preferred male hosts to female hosts, complaining the women sounded too shrill. In 2016, it was one of the words Donald Trump used to mock Hillary Clinton. Literally, it means having a high-pitched tone. But when referring to women, it’s as good as saying a woman should be seen and not heard.

A man who always tells people what to do is assertive, but a woman is bossy. Whether it’s used in reference to girls in the classroom, or Margaret Thatcher, it discourages women from speaking up.

Literally an old horse, a nag is also someone who finds endless fault and bickers incessantly. Most often, she’s a nagging wife, one of the most common stereotypes used to describe married women who hen-peck their long-suffering husbands.

When it comes to sexist etymology, hysterical is hands-down the winner. Coined by Hippocrates in the 5th century BC (from the Greek hystera for uterus), hysteria or extreme, uncontrolled emotion was believed to be a defect in the womb which caused it to wander and putrify. But hysterical also means extremely funny, which is somewhat ironic.

A time-honored literary term for an unpleasant, ill-tempered woman, popularized by William Shakespeare. In The Taming of the Shrew, Katharina has “a scolding shrewish tongue” that Petruchio tries to tame. In other words, she didn’t know her place. 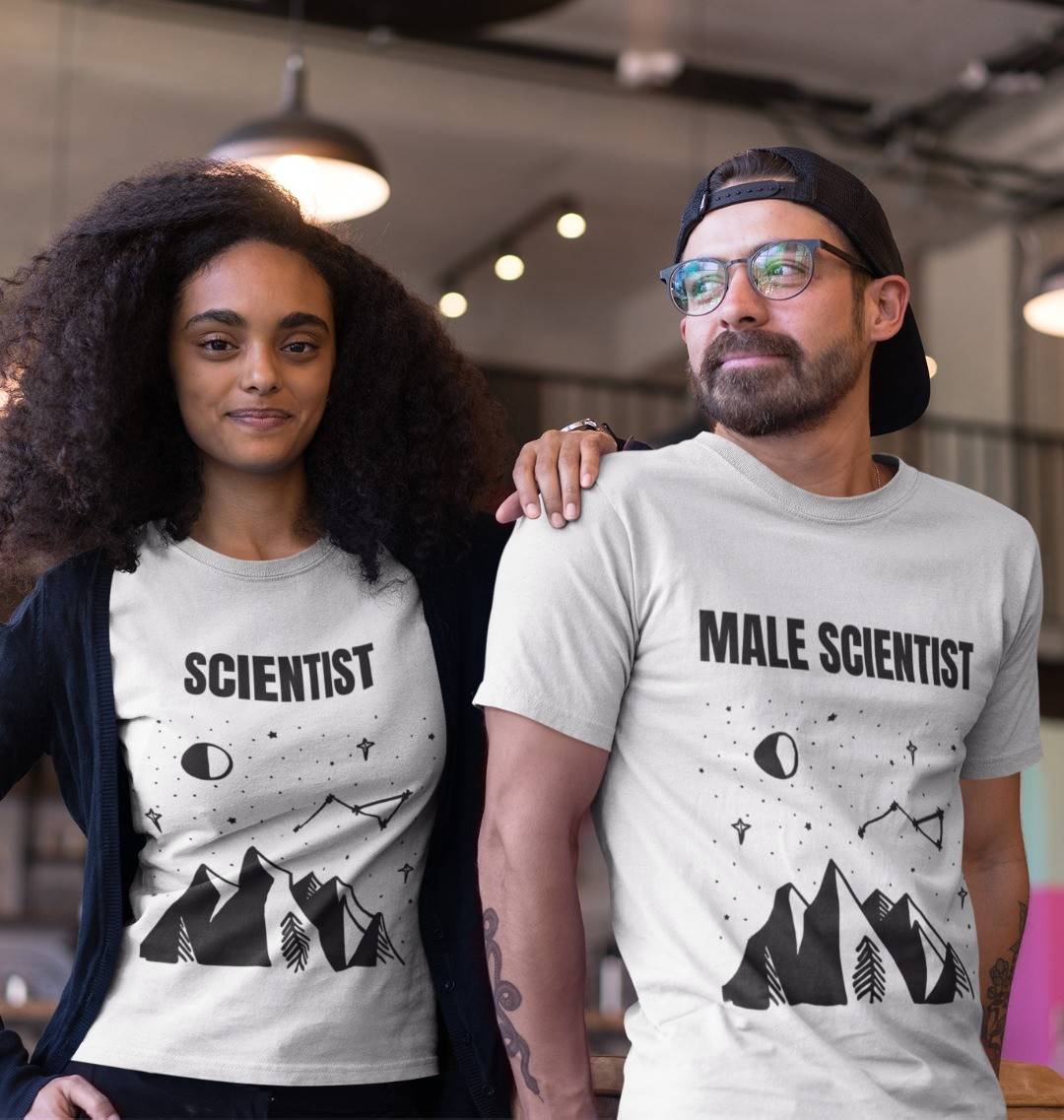 Image and T-shirts by Man Who Has It All

A fishwife is a woman who sells fish. End of story? No, she’s also loud-mouthed, rude, and inclined to swearing. If you behave like a fishwife, you might also be hysterical, shrill or bossy. In other words, unfeminine.

Back in the 1300s, a gossip was a female friend invited to attend a birth. By the 1560s, it was anyone engaged in idle talk. By 1811, it meant spreading “groundless rumour”. Whatever the meaning, it implies superficiality and a lack of trustworthiness.

From the Latin diva for goddess or fine lady, this one started well. Then it passed through the distinguished woman singer phase, and became a prima donna, or first lady. Today, it’s used disparagingly to mean someone demanding or difficult to work with. See BOSSY, SHREW, NAG, BITCH, ICE QUEEN.

Rather strangely, the etymology of feisty goes back to the Middle English for breaking wind. Today, it almost sounds like a compliment. Until you realize it’s never used for men, and almost always refers to women who are tough, independent and spirited – usually when you wouldn’t expect them to be. Like chihuahuas.

Prude is related to the word proud but has far more negative connotations. A prude is someone easily shocked by sex or nudity, especially a woman who displays extreme modesty, and is often used as an insult when she’s not “up for it”.

The expression: MUTTON DRESSED AS LAMB

In simple terms, moody is easy to understand – prone to extreme shifts in mood. It happens to everyone. But it’s often paired with “bitch”. Substitute irrational, touchy, hormonal, even hysterical. Is it your time of the month, love? You get the idea…

Something that requires a lot of careful attention, like a delicate orchid or a classic car. Or someone who is emotionally needy and prone to mood swings and being overly dramatic. Like a diva.

The expression: FEMALE ENGINEER**insert any job title or achievement

Do you ever hear the expression “male engineer”? We rest our case.The expression: BALL-BUSTINGBall-busting is another derogatory term for a woman who defies traditional gender roles by appearing confident and opinionated. In this case, she literally emasculates men.

Resembling a man rather than a woman, something that is considered unbecoming in a woman. Symptoms include wearing a suit, wearing your hair short, perhaps even going makeup-free. In other words, we can’t win.

Weinstein Sentenced to 23 Years Behind Bars

Rihanna, Ariana Grande and MONSTA X Have All Donated To Coronavirus Relief