Now reading: It is 'The Lungs Of The Planet' - This Is Why
PrevNext 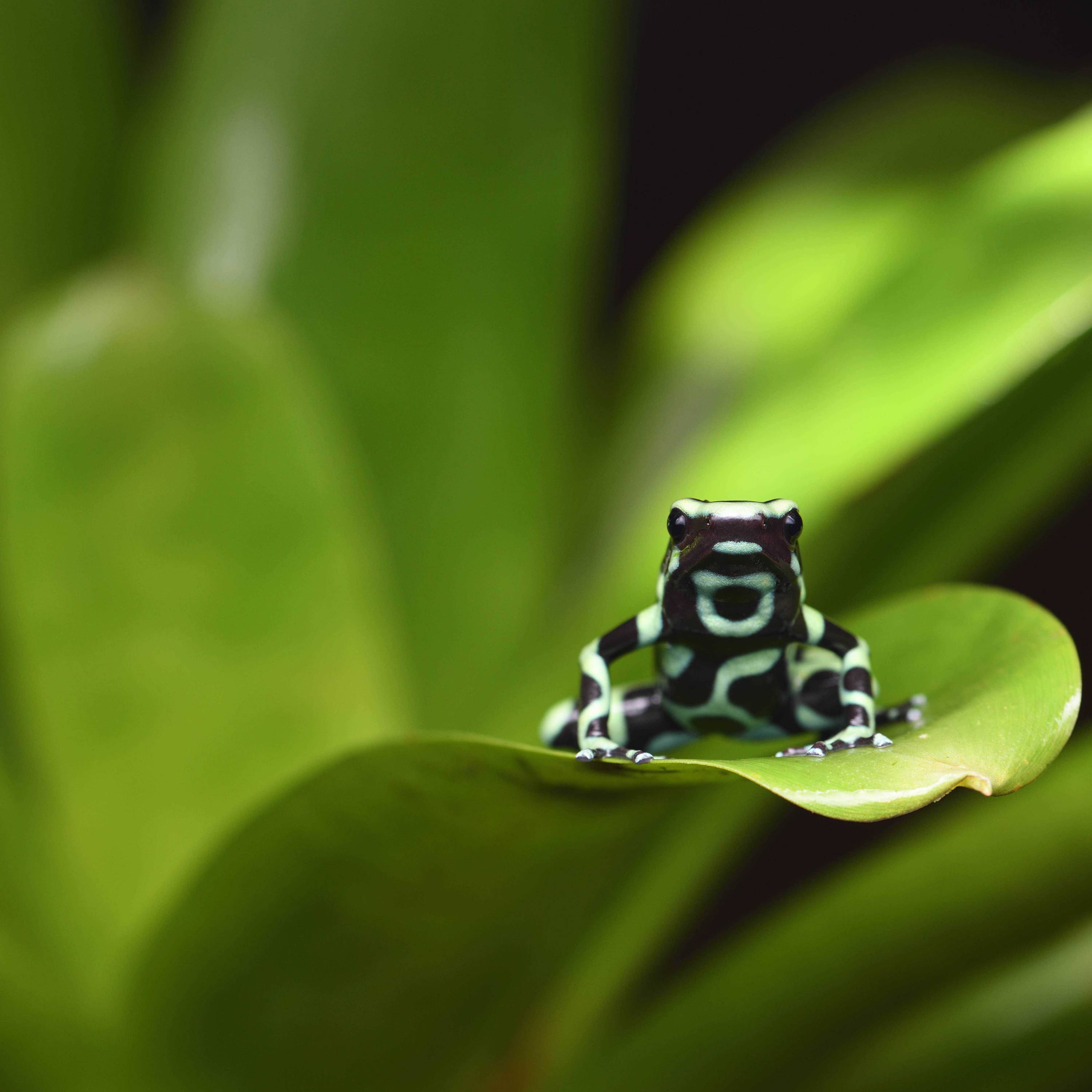 IT IS ‘THE LUNGS OF THE PLANET’ - THIS IS WHY

Amazing facts about the Amazon: the most important biome on Earth

It’s impossible to talk about protecting the environment without mentioning the Amazon. This incredibly fragile biome, which is twice the size of India and spans 9 countries in South America, is home to a multitude of wonders of the natural world, including the largest tropical rainforest on the planet. In fact, it is so big, and so vital, that it affects weather patterns all over the world.

But it’s also under threat. Factors including deforestation for agriculture, cattle ranching and mining, logging, and forest fires mean that this precious part of planet Earth is perilously close to being lost forever. The onus is often put on the individual to solve the climate emergency - by taking fewer flights or cruises, for example - but destroying rainforests will have an adverse affect whether we do that or not. They are already losing their ability to soak up the huge amounts of carbon dioxide from the air that our energy hungry lifestyles require, yet they continue to be cut down at an unprecedented rate. The knock-on effect is unthinkable, not just for the people who live there, but for all of us, as climate change accelerates even faster.

Here’s why the Amazon is vital for life on Earth. 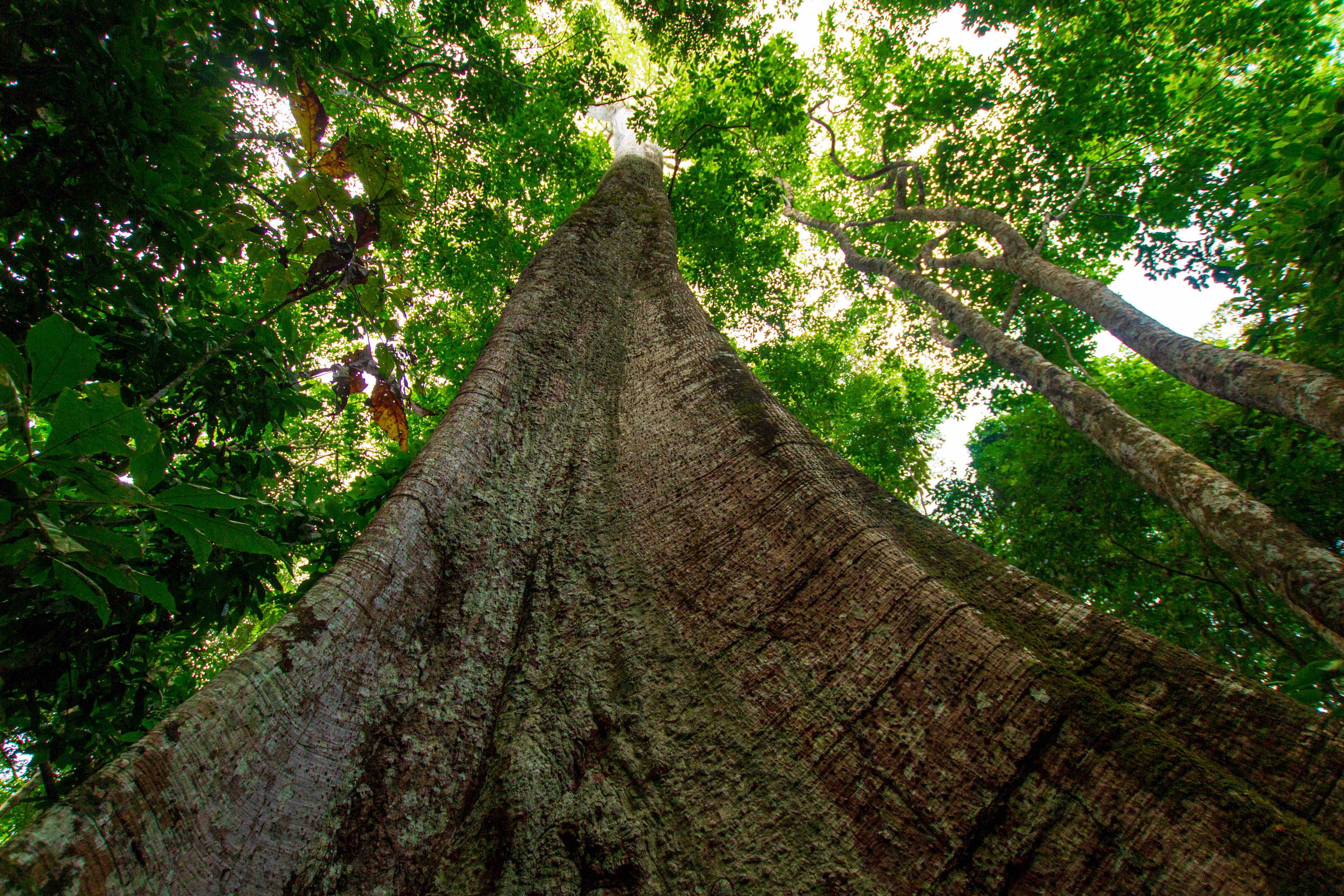 Why do we call it the lungs of the planet?

The Amazon contributes around 20% of the oxygen produced by photosynthesis on land even though it only covers 2% of the surface area of the planet. It also stores around 120 billion tonnes of carbon. Carbon dioxide is classed as a greenhouse gas because our overproduction of it since the industrial revolution has caused global warming and sea temperatures to rise. We need more forests like the Amazon, and to protect the ones we already have, if we are to go any way to righting this man made wrong.

The Amazon rainforest is big and diverse - a 60 acre plot will have over 1,000 different species of trees in it - but it is getting smaller every day. Although it took thousands of years to grow and evolve, it only takes a matter of days to destroy huge areas of it. In 2019, we lost the equivalent of a football pitch of rainforest every six seconds, and a third of that was in Brazil, which is home to around 60% of all Amazon rainforest. Although it had an unusually high number of fires last year, the country also saw a worrying increase in forest clearing for new land uses such as mining.

It’s estimated that humans have lived in the Amazon for around 39,000 years. The area is home to as many as 350 different ethnic groups who live in harmony with, and with unrivaled knowledge of, their unique environment. More than 60 of these groups live largely in isolation. President Jair Bolsonaro of Brazil wants to “integrate” Indigineous peoples into the wider population, as well as to exploit commercial mining, gas and oil extraction in Indigenous territories. As well as unfairly grabbing the ancient lands of these communities, it would in turn threaten the delicate biosphere and habitat of these parts of the Amazon and beyond. 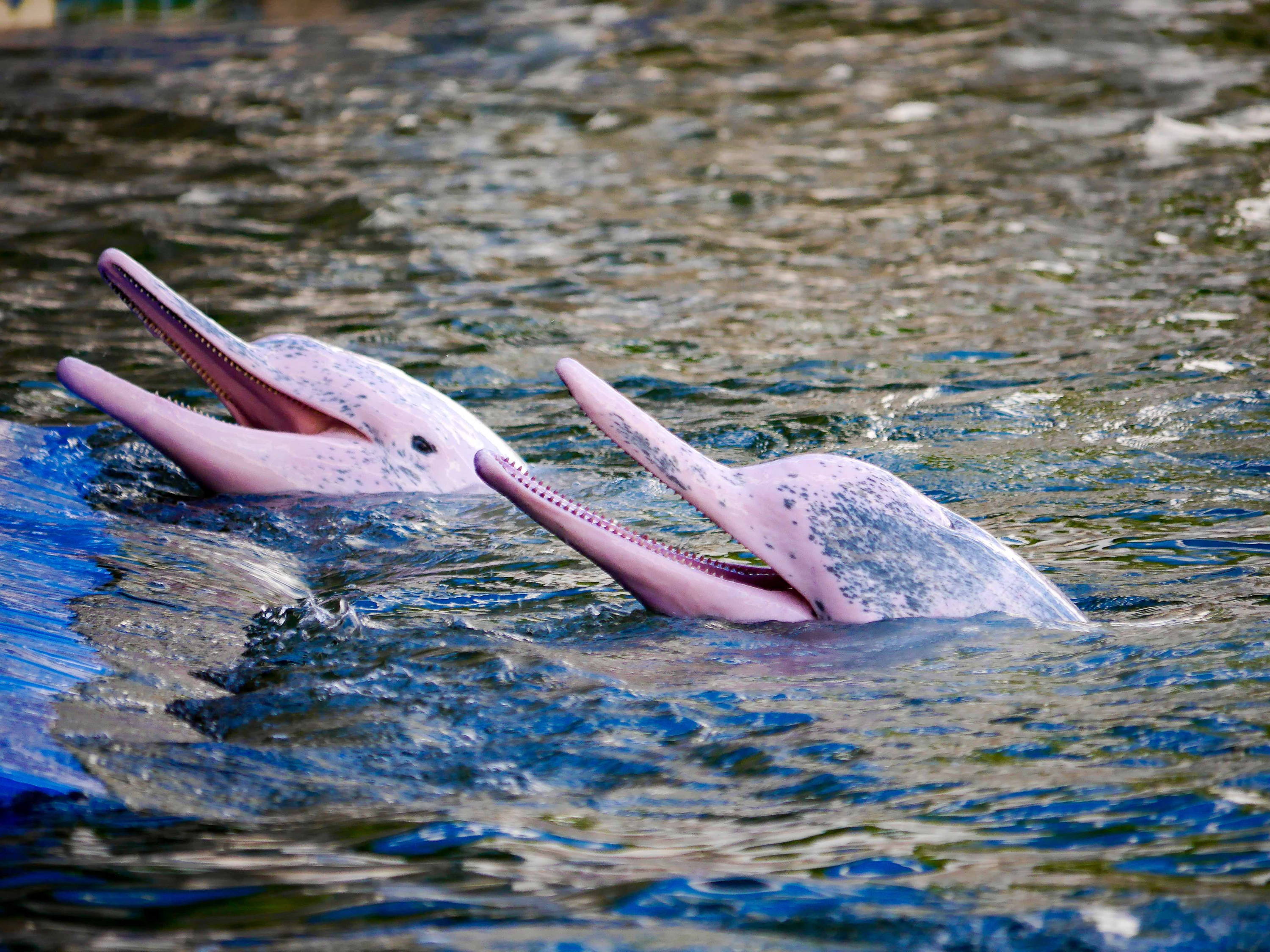 In addition to the 3,000 species of freshwater fish and over 370 types of reptiles, the Amazon is home to curious creatures such as pink river dolphins, poison dart frogs and the Caqueta titi monkey, which was only discovered as recently as 2013 and whose babies purr like a cat. Over 2,000 new species of plants and animals have been recorded since 1999.

There is so much we still don’t know about the Amazon and the wonders it contains. Scientists have found a new type of plant there every 3 days for the last 10 years - there are now 40,000 known plant species. And when you consider that 70% of plants that have been found to have anti-cancer properties are from the Amazon, it’s clear that it still holds an enormous amount of potential for the health and well-being of the human race, beyond climate control alone… but only if we protect it. 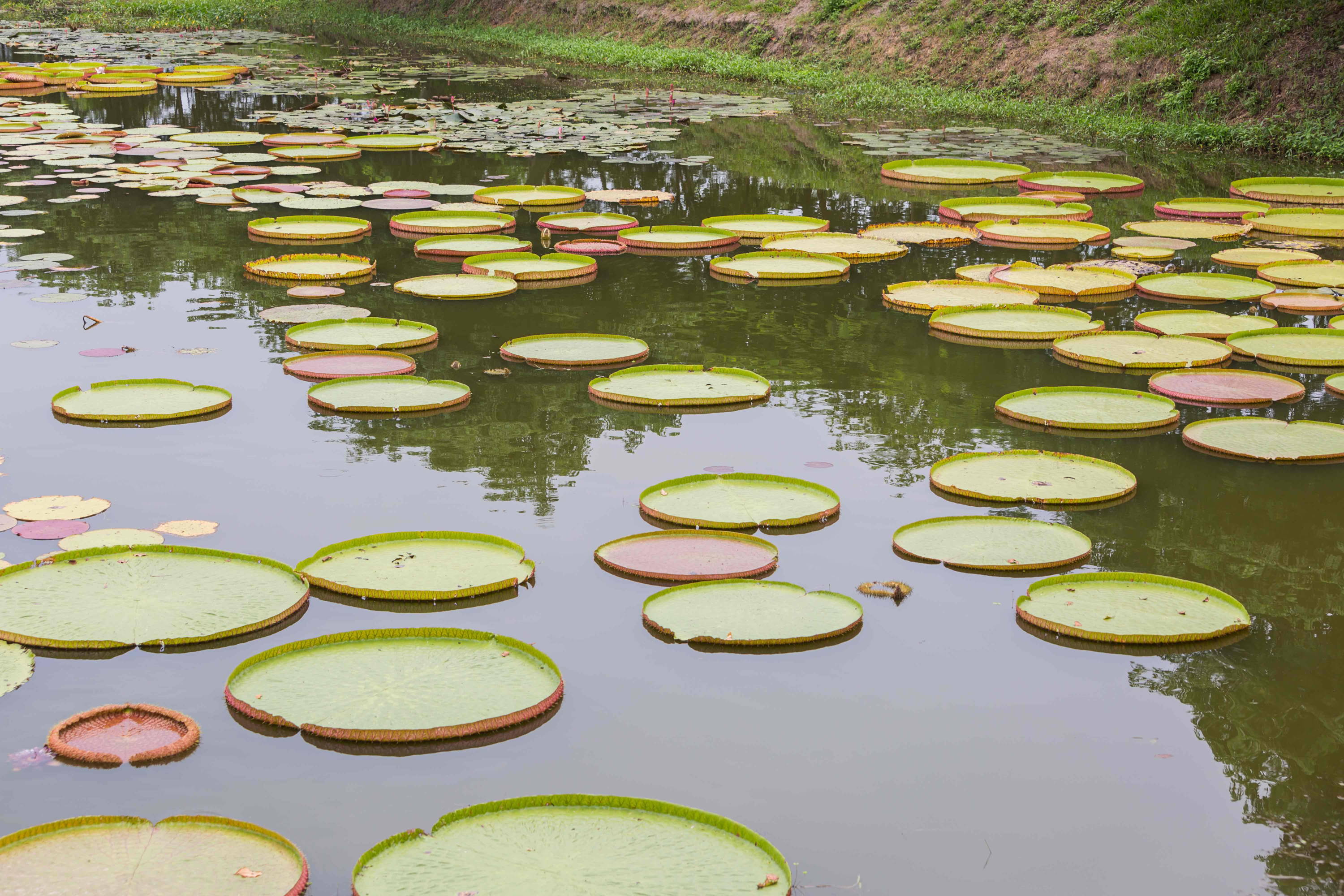 How much does it rain in a rainforest?

The clue’s in the name: every year the Amazon Rainforest experiences between 1,500mm and 3,000mm of rain, and has an average humidity of between 77 and 88 per cent. Around half of the rainfall is created through a process called evapotranspiration, which is rain created by the evaporation of water from the soil and plants in the rainforest itself. In short, without the forest, this rainfall simply wouldn’t happen. Every day, the Amazon releases around 20 billion tonnes of moisture into the atmosphere, and any disruption to this process has a massive impact on the balance of both the local and global climates and weather patterns.

The Amazon river isn’t the longest in the world - that title goes to the Nile in Africa - but it holds the most water, and provides the ocean with 20% of its fresh water supply (more than the next seven largest rivers combined). Its Amazon Delta has a newly discovered coral reef, home to giant sea sponges as heavy as a small elephant, and the river has a “twin” underground river of equal length running directly underneath it. Perhaps most fascinating of all is the fact that the river used to flow from east to west until millions of years ago; as the Andes Mountains began to rise, forming freshwater lakes, the river was slowly blocked before beginning to flow in the other direction until it eventually reached the Atlantic Ocean. 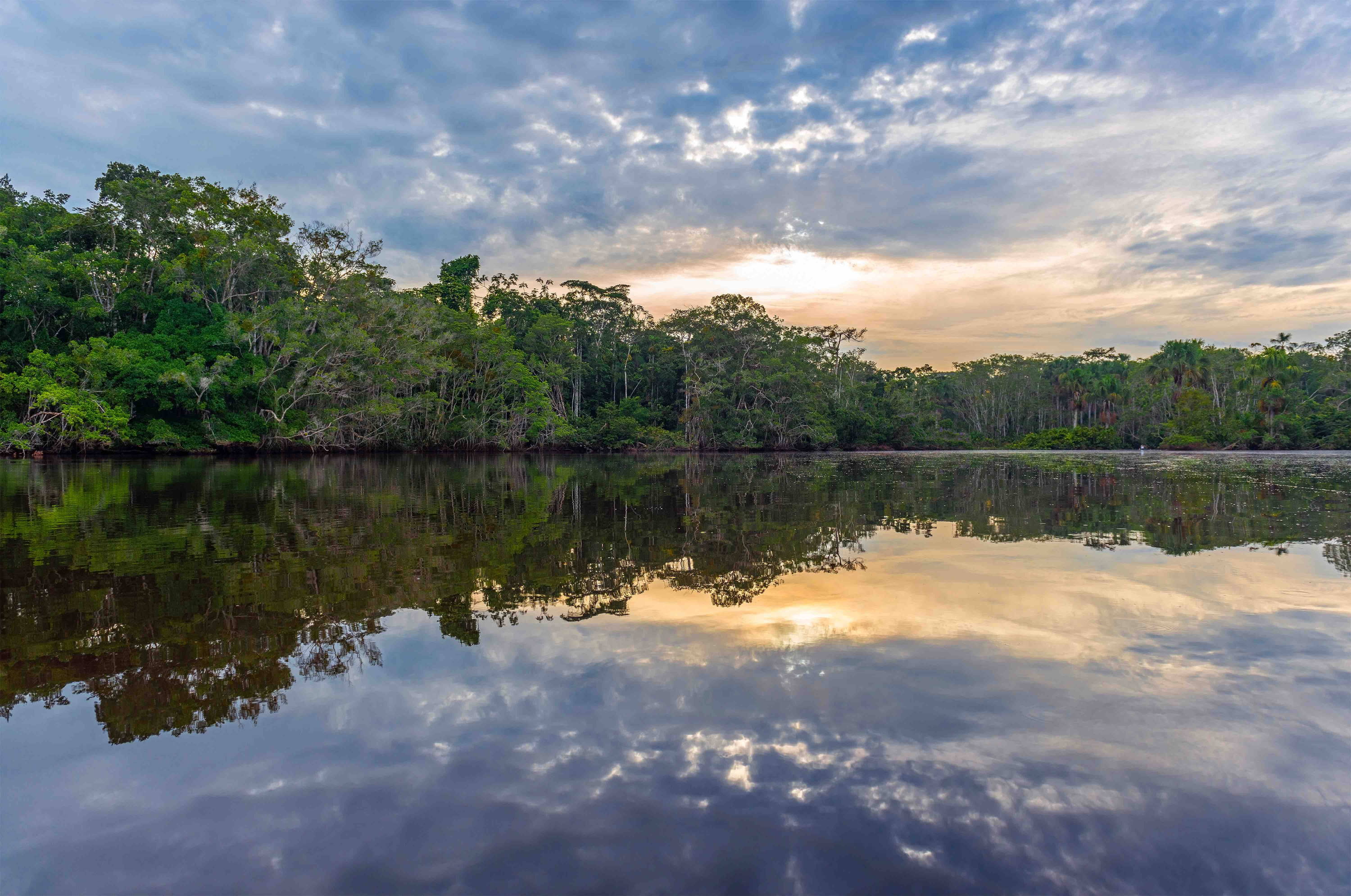 So the Amazon needs protecting. But what can you do to help?

1. Only buy from brands and companies that don’t exploit Amazon and other rainforests and biomes. Check that your beef, leather, cosmetics and everything, actually, has come from a reliable source. Look for seals of approval from official bodies like The Rainforest Alliance, FSC and Giki.

2. Vote for leaders with conservation and the environment at the forefront of their policies. Or write to those in power to pressure your government into not importing products that endanger the Amazon (in the UK you can do that here).

3. Talk to you friends and on social media about the importance of the Amazon - you could bookmark some of the incredible facts in this article to share, for example. And wear a Goal 13: Climate Action #TOGETHERBAND or a Yawa Band to help spread the word.

The A-Z Of Youth Climate Activism

There Is No Planet B