Now reading: I Felt Betrayed When I Was Forced To Have FGM
PrevNext 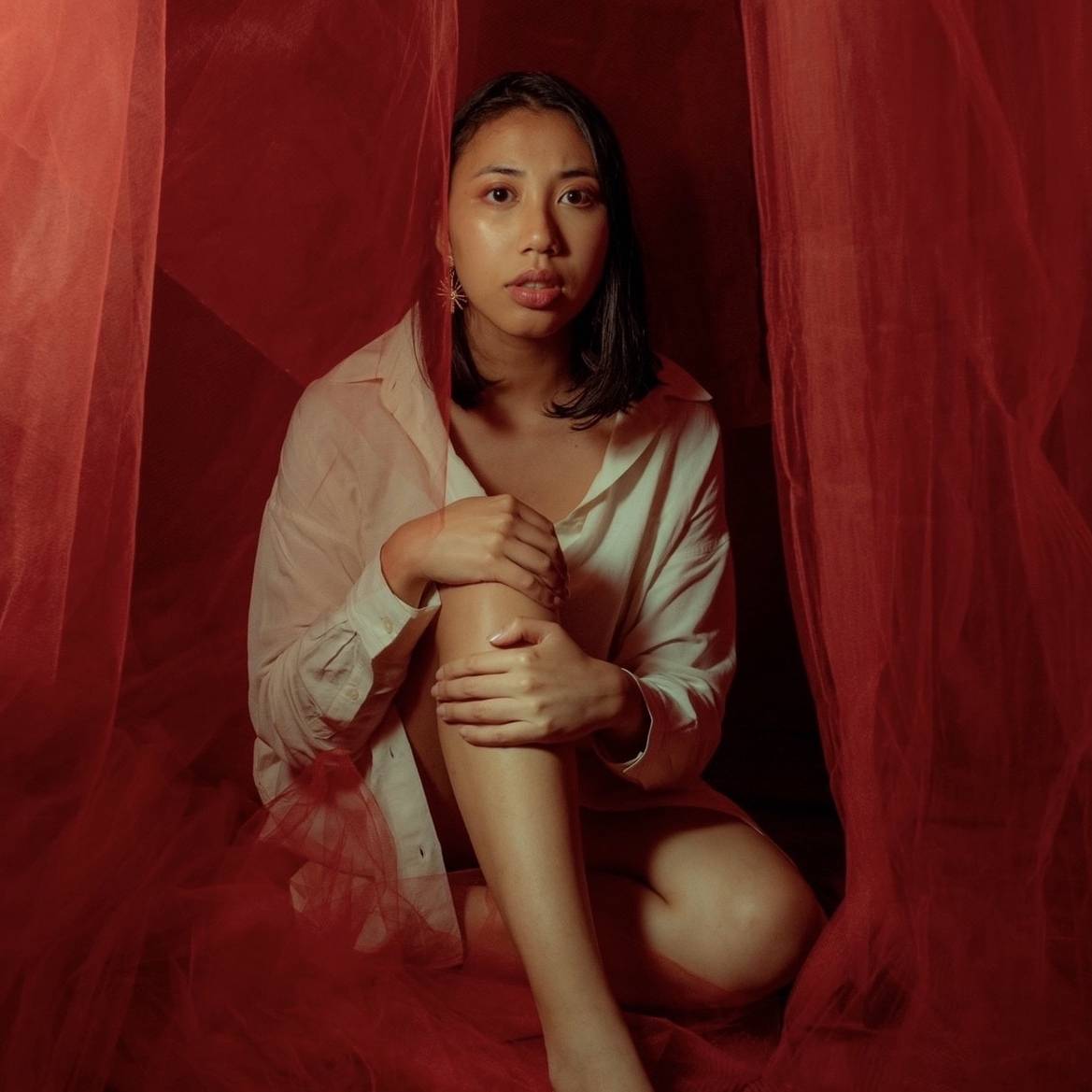 I felt betrayed when i was forced to have fgm

Every 11 seconds a girl undergoes Female Genital Cutting somewhere in the world. Here, Dena Igusti shares their own powerful story

Dena Igusti is a writer, producer and activist from New York. At the age of nine, they underwent Female Genital Cutting (FGC) – also known as Female Genital Mutilation (FGM). This barbaric practice is illegal in at least 59 countries, including the UK and the US, and widely recognised as an abuse of human rights. Here Dena shares their experience…

“Even when I was eight I remember my extended family making comments like, ‘When she’s older she’s going to break some hearts’ and ‘Oh, you’ll need to be careful with her when she’s a teenager.’

I didn’t think much of it at the time, but I was very aware that my brother wasn’t getting any comments like that. He was only a year younger than me and I was a tomboy so we were into all the same things, going cycling together every day, even sharing shoes and clothes.

We lived in a low-income neighbourhood in Queen’s, New York, and I had a happy childhood overall, filled with family road trips and dance classes which I loved. My aunt and her two sons lived with us – and also my maternal grandmother from Indonesia stayed for a while. We were a very close-knit family and they all raised us together. 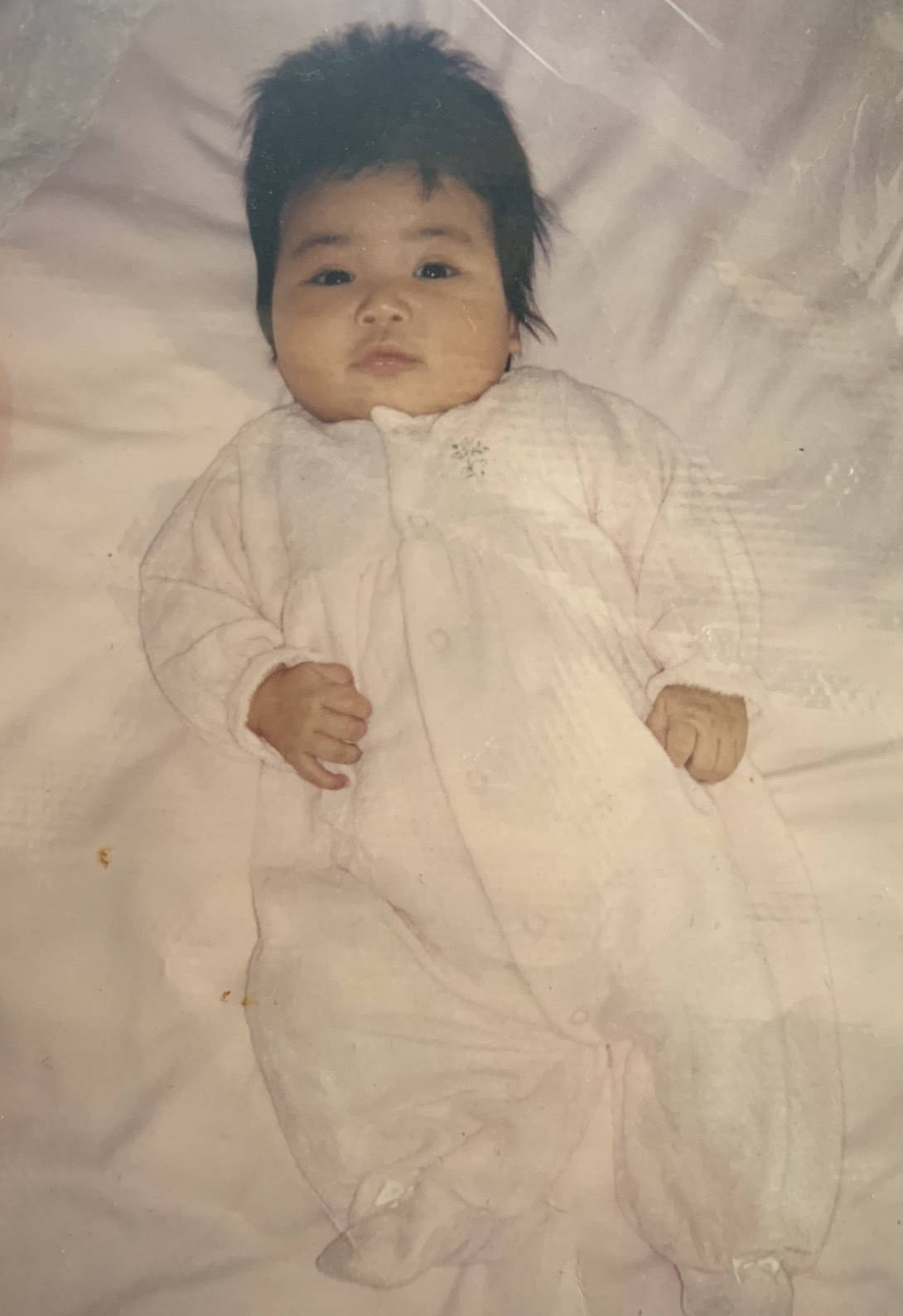 Dena as a baby

When I was nine, my brother and I were told we were going on holiday to Indonesia with my aunt for a couple of months. Mum explained that because I’d never been there before, my extended family wanted to get to know us. We were to stay with my grandmother, who was living back there again.

About a month into the trip, one morning my aunt told me to hurry up and get ready because we were going out. We often went to the supermarket together, but this time she was adamant I came, telling me, ‘Hey, get dressed! Actually it doesn’t even matter if you’re fully dressed, just put your shoes on, we need to go now!’ I was a bit thrown, but thought perhaps because I was the eldest she thought I should be running errands with her.

I knew the area well enough by now to realise usually our taxi would turn right outside the house for the supermarket, but instead this time it turned left. Usually it only took 15-20 minutes, but the journey seemed to last nearly two hours. I remember the car going down long winding dirt roads. As it bumped over the stones, I drifted off to sleep. Then finally we stopped and my aunt told me to wake up. I was an obedient child and trusted my aunt completely so I didn’t question where we were going.

She hurried me out of the car and ushered me down an alleyway. We were met by a woman wearing a house dress and a facemask, who began talking hurriedly to my aunt. I didn’t fully understand Indonesian, but I caught snatches of their conversation, as they pushed me through the door. ‘She needs to go in now… go behind the next curtains.’

When I walked in, the room looked like a kitchen with a metal doctor’s table in the middle of it. They ordered me to lie down and I had no idea what was going on, but I remember thinking, ‘Something’s wrong, something bad is going to happen…’

The woman told me, ‘Lie down, it’ll be over soon.’ She had no gloves on and suddenly pulled out a scalpel, which she dipped into a small bowl of muddy water beside her. Then they just opened my legs and it happened.

I felt a sharp pain as the metal hit me, but the worst pain was when she shoved a piece of gauze into the hole afterwards – a hole that shouldn’t have been there. I was crying and screaming, yelling out in agony. My aunt told me, ‘It’s over, you’re good now, it doesn’t hurt that bad.’ They both kept reassuring me I would be fine, but I was in so much pain I could barely walk to the car.

It was dusk when we got outside and when I kept telling my aunt I couldn’t walk, she didn’t seem to believe me. I was so confused. I climbed carefully into the car, trying to hover on the edge of the seat as I was worried about bleeding in the back of the taxi. 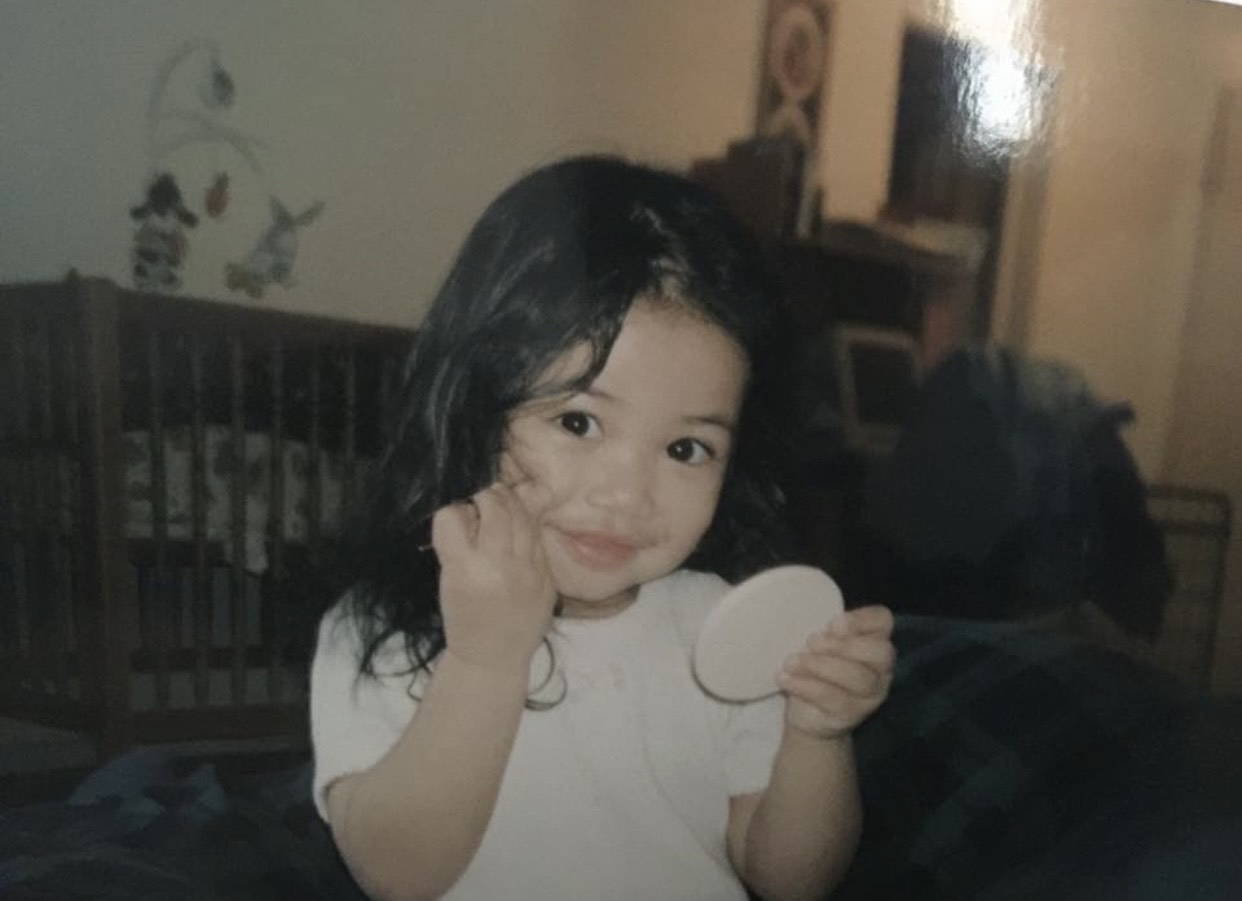 Dena grew up in New York

That night at my grandmother’s house I felt very betrayed. I asked my aunt, ‘What was that?’ and she replied, ‘It’s Sunat’ which is the Indonesian word for ‘circumcision’. I thought the word applied to boys. ‘Does mum know?’ I asked and my aunt said she would tell her.

I kept crying that I was in pain, but they dismissed it, saying, ‘We’ve had it too, it’s not that bad. When I had it, it didn’t hurt, don’t cry.’ I tried to rationalise it by telling myself, ‘OK, I’m not the only one who’s been through this. An adult will explain it all at some point and it will make sense.’

The next morning, everyone carried on as normal. I usually went for a bike ride every day, but my aunt told my brother and cousins, ‘She can’t bike-ride today, we’re going to the mall instead.’ I remember thinking, ‘Why is no one saying anything about what happened to me?’

Earlier that month my brother had been circumcised in Indonesia, which was a full celebration and he’d been given envelopes of money. Thinking how different and secretive mine was, I asked my aunt, ‘Why did I not have any money or celebrations?’ She explained, ‘Well, it’s not the same thing. We don’t need money because for us the celebration is that we are a woman now, we are pure and nothing bad will happen to us because the temptation isn’t there. That’s a celebration in itself.’

I still didn’t understand what she meant. I tried to enjoy the rest of the holiday and distract myself from it, but when I got back home I had lots of questions for my mum. I didn’t find out until I was an adult that my mum hadn’t actually known my aunt had planned this for me. In fact, she’d been very angry that this had been done to me without her permission, though she still supported it as a family tradition. She explained to me that it was just like ‘cutting off a pimple that made you want to do bad things’.

Our family is Muslim, but FGC has nothing to do with our faith and is practised across multiple religions. There’s this myth it only happens in places like Africa, but it happens in the UK and Western countries too. FGC is a patriarchal issue: it’s to do with controlling the bodies of women and is often passed down the maternal line. My family had this false notion that it offered some kind of ‘protection’ – that it would remove temptation.

As an Indonesian family growing up in America, we watched talk shows like Jerry Springer which portrayed American teenage girls who were hyper-sexualised and running wild. My family had this fear of me going off the rails and strongly believed ‘Sunat’ would protect me from that.

As I entered my teenage years, I had a constant fear that I would be cut again because if it seemed like I was interested in boys or anything, my family would say things like, ‘You’re going to have it again. Is that what you want?’

I’d always felt comfortable with ‘boyish’ things, but as a teenager I started to realise I was non-binary. Watching the film Boys Don’t Cry with my mum struck a chord. She must have recognised me in the lead character because she had a very aggressive reaction to the film. She wasn’t usually homophobic or transphobic, but began yelling at me, ‘Do you want to be a boy?’ and threatening to cut me again. I was horrified. 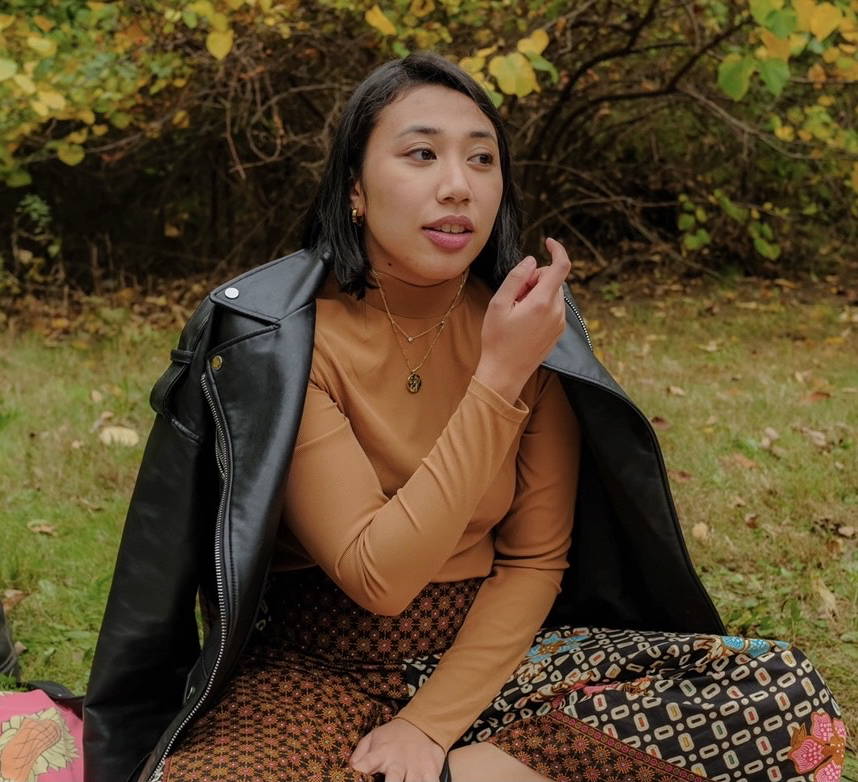 Over the years the resentment built up. I still loved my family, but learned to be secretive about my life and my relationships. I was terrified of getting caught doing something wrong – even little things like watching a music video showing a man without a top on.

It was only when I went to college at 19 that I realised what had happened to me was deeply wrong. It was the first time I’d properly spoken about FGC to other Muslims and Indonesians – and I discovered it wasn’t normal in either culture.

It was so taboo I hadn’t been able to speak to anyone about it until then. A couple of times when I was younger I had bled profusely like when I fell off my bike once. I’d always wondered if I’d bled so badly because of the FGC, but the doctor didn’t examine me properly at the time.

The year before college I began writing poetry. It helped me express what I’d been through and in 2018 I became a Youth Poetry Laureate Ambassador, performing my poems to large audiences. I wrote about my experiences of FGC and published an anthology called Cut Woman in 2020. I suggested my family didn’t read the book – they were shocked I would write about something so private. 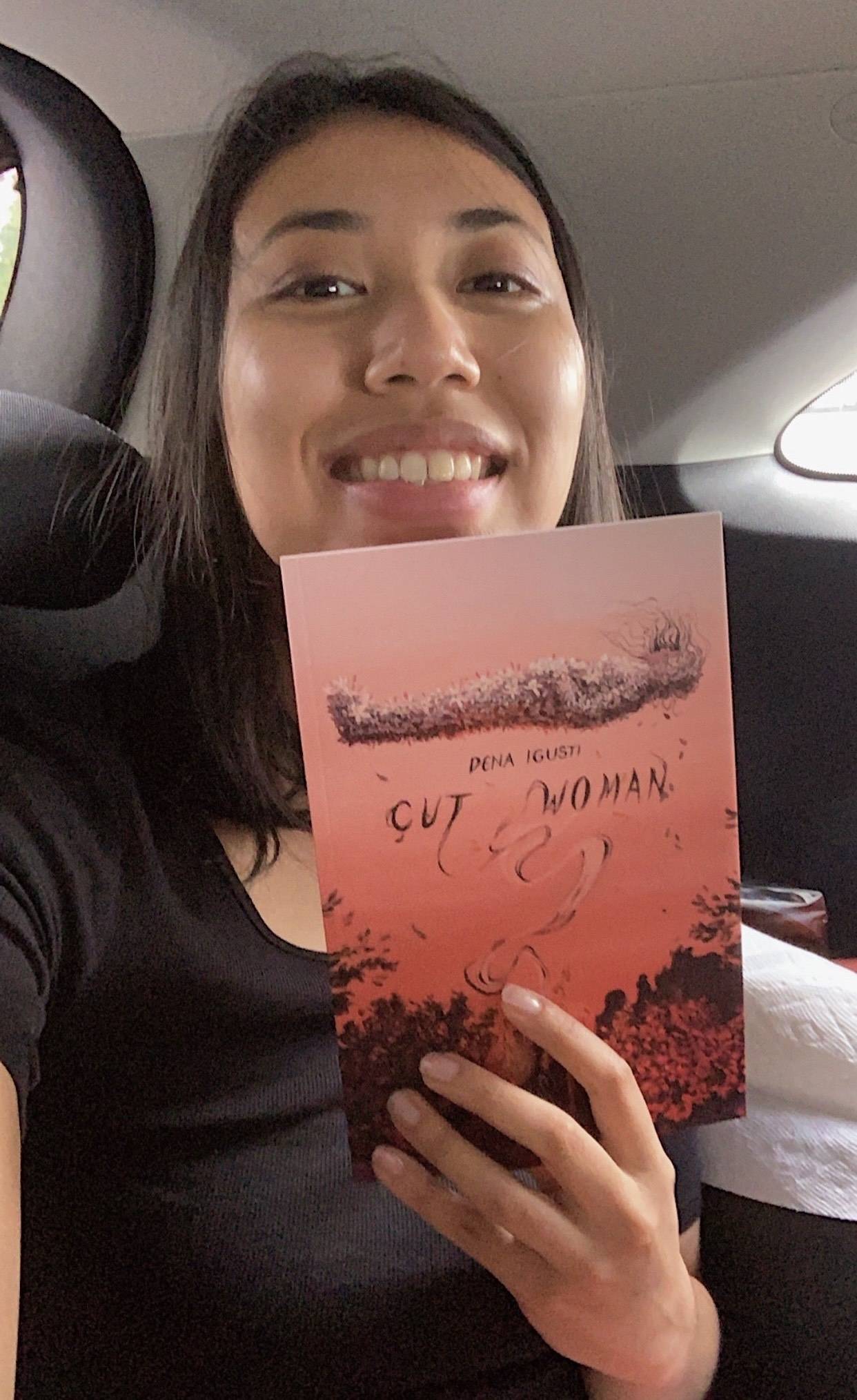 Dena shared her experiences in a poetry anthology

As well as an author, I’m also now an anti-FGC campaigner and have recorded a podcast with the youth organisation Scarlett Udaan. I’ve had counselling and in recent years I’ve talked more to my mum about what happened to help me come to terms with it. People assume I must hate my family, but they are victims and survivors of FGC too. In their eyes, they were trying to make me ‘safe’ in a world that seemed ‘threatening’ to them. I’ve explained that I saw it differently.

I’m campaigning for the experiences of non-binary people to be talked about more in relation to FGC. Most counselling centres around the experiences of cis women. Therapists often say things like, ‘You’ll always be a woman’ but I didn’t feel able to explain I never really felt like a woman anyway. 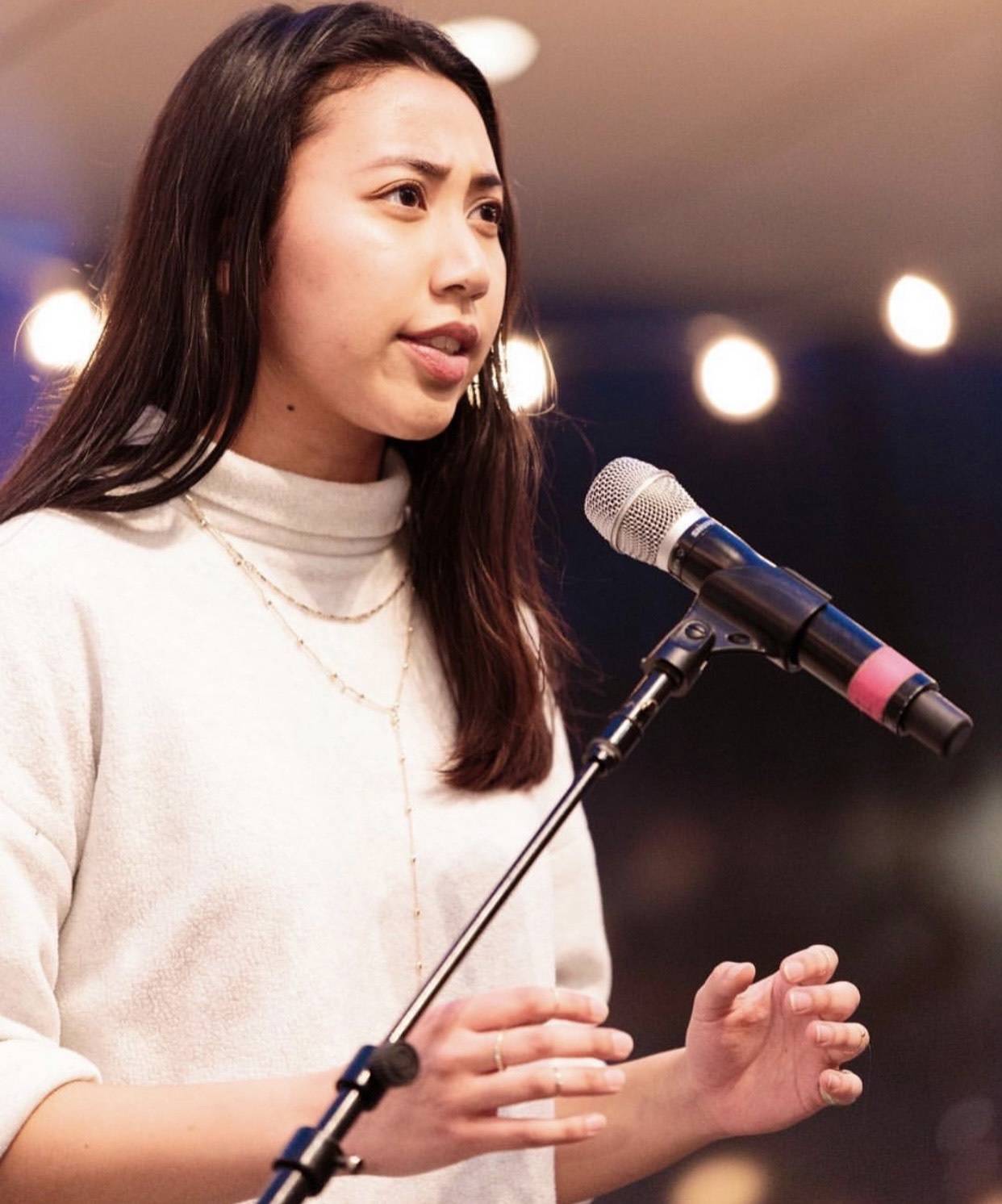 Dena is now an anti-FGM activist

Unlike some people, I haven’t suffered any long-term health effects, but I’d love to have children one day and I worry about giving birth as some FGC survivors suffer complications.

I do wonder if I would have been more comfortable in myself or felt less guilty about being non-binary, if it hadn’t happened, but I do think my experiences have made me a good listener and very empathetic. I’ve been able to heal emotionally from my experience and now I want to help others to.”

As part of Goal 5: Gender Equality, 193 countries have pledged to work towards ending FGM by 2030

FGM is usually carried out on young girls between infancy and the age of 15 (NHS, 2019)

As well as the effects on mental health, it can lead to many long-term physical problems, such as painful sex and complications with childbirth. (NHS, 2019)

Children are considered at higher risk if FGC has already been carried out on their mother, sister or a member of their extended family (Home Office, 2020)

For more information visit Scarlett Udaan, a global youth organisation working to end FGC and raise awareness of the issue.