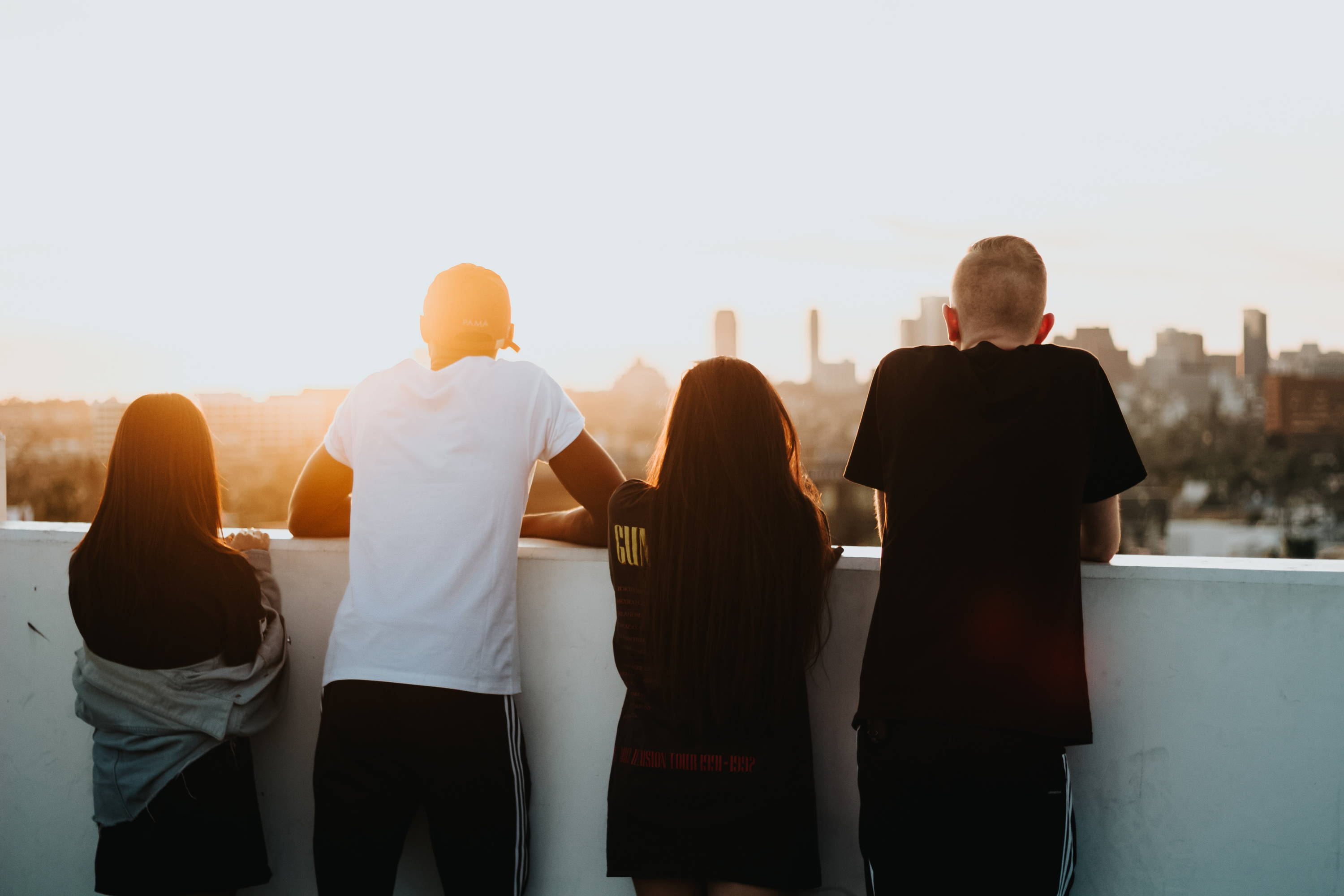 2020 marks the ten years we have left to achieve the Global Goals or face a very uncertain future on planet Earth. It’s a pretty frightening thought. But there are plenty of people - especially young people - facing up to the challenges to make the aims of the Global Goals happen. Here are 17 awesome young people - all 25 and under - who are making a huge difference.

This amazing 13-year-old has been working to help fellow children in her home town of Flint, Michigan, in the United States since she was just 8 years old. Mari Copeny has raised over $500,000 with her Pack Your Back initiative, and these funds have helped impoverished students get essential school supplies, toys, bikes and clean water that other children might take for granted. As a result of her work, President Barack Obama visited Flint during his time in office to find out more about the problems they face.

Activist and law student Webster Makombe is fighting to make nutrition a top priority for the government in his native Zimbabwe, where more than a quarter of children are stunted physically or cognitively because of a lack of nutrition. It’s his belief that there should be a dedicated nutrition department to help those most vulnerable to diet-related health issues. “There’s a problem where people mistake food security for nutrition,” he has said. “There’s plenty of maize, but the government is feeding children maize for one meal, then another meal. They’re pumping carbs into children.”

At just 20 years-old, Amika George has already been campaigning to end period poverty for over two years, resulting in a UK Government pledge to make menstrual products free in schools by 2020. “The main impact is that girls are missing school,” she said in an interview with #TOGETHERBAND. “Those who do not miss school use alternatives such as socks and newspaper, which is damaging to their health. Period poverty is about those who cannot afford pain killers too, and all of this has a cumulative effect on the self-esteem of young girls.” Read more about Amika in our exclusive interview.

Often dubbed ‘Malala of Syria’ in reference to her friend Malala Yousafzai, when Muzoon and her family fled Syria in 2014, all she took with her were her books because education is so important to her. The Almellehan family eventually settled in the United Kingdom where she still fights for girls’ rights to education in Syria. She is also the youngest ever Goodwill Ambassador for UNICEF, and is now studying for an International Politics degree and an honorary doctorate at Glasgow University.

Malala’s extraordinary story came to the world’s attention when the Taliban attempted to assassinate her in her native Pakistan in 2012. Her crime? Simply being an open activist for girls’ education in the country. After an outpouring of global offers of medical treatment, her family travelled to the UK, where she recovered from her injuries and continued to strive for equal education for all. She was the co-recipient of the 2014 Nobel Peace Prize - the youngest ever Laureate aged 17 at the time - and is currently studying Philosophy, Politics and Economics at Oxford University. Setting up The Malala Fund has enabled her to invest in education programmes, giving back to girls in poverty the very thing that was, along with her life, attempted to be taken from her.

Often called a “water warrior”, Autumn Peltier is a clean water advocate, and addressed world leaders on water protection at the UN General Assembly at the age of just 13. She is Anishinaabe-kwe, a member of the Wiikwemikoong First Nation, and lives on the Unceded Anishinaabe Territory on Manitoulin Island in northern Ontario, Canada. As such, much of her work centres around the rights of indiginous people, and her water advocacy started when she learned that not all people in Canada have access to clean drinking water. She has been nominated for the International Children’s Peace Prize and is Anishinabek Nation’s chief water commissioner, a post previously held by her great aunt.

Xiuhtezcatl has been speaking around the world since the tender age of six, everywhere from the Rio+20 United Nations Summit in Rio de Janeiro, to addressing the General Assembly at the United Nations in New York city. A climate activist, a lot of his work focuses on the damaging ways we produce energy, from working to get coal ash contained, to holding moratoriums on fracking. He is currently one of the lead youths pursuing lawsuit against the US government for their failure to protect the atmosphere for future generations.

The actor Storm Reid, best known for her role in A Wrinkle In Time, is also the designer of a range of T-shirts dubbed “You Are” shirts. With slogans including “you = extraordinary” and “you + inspiring”, they are part of an initiative to promote self-love and give young girls the confidence to believe in their own abilities. Sales from the T-shirts raise money for LadyLike Foundation, which is an organisation that arranges workshops and classes for girls in underprivileged communities to help them reach their full potential.

Rowan and Rob had the idea for Chip[s] Board when they were in their final year at Kingston University. Put simply, they pioneered a way of turning potato waste into materials that can be used to make anything from spectacles frames to buttons. Read more about food waste that can be made into fashion fabrics in our handy guide.

As a Black Muslim young woman, and a child of immigrants, Isra Hirsi’s tireless work as a climate activist and racial justice advocate has a focus on intersectionality and diversity within the environmental movement. She is the Co-Founder and Co-Executive Director of the US Youth Climate Strike, leading the organisation of hundreds of strikes across the US in 2019.

The second-deadliest mass shooting in U.S. history was at an LGBTQ+ club in Orlando. Brandon Wolf hid in the bathroom and survived the attack but his best friend - and 48 others - did not. Following the attack he founded the Dru Project which is an advocacy project on a mission to empower youth LGBTQ+ people. He is constantly fighting for equality and acceptance in the world. The project has given away over $30,000 in college scholarships and $5,000 in mini-grants for gay-straight alliances.

This UK based ethical and sustainable fashion activist and blogger is also a talented illustrator (you’ll even find her work as climate action filters and GIFs on Instagram). An avid vintage shopper, Tolmeai - know as Tolly - shares facts and stats about the fashion industry on her account that anyone interested in clothes should know about. She is an active member of Extinction Rebellion, and a passionate campaigner for all things environmental.

Ask anyone during 2019 who they thought of first when you mentioned climate change, and the chances are they’d answer either David Attenborough, or a Swedish teenager by the name of Greta Thunberg. Now the poster girl of the movement, she’s travelled the world by sea, addressed world leaders, and given us all a reason to march through the streets of our hometowns. Read more about Greta Thunberg in our dedicated article.

The Ocean Cleanup is now a huge movement and company that employs over 80 scientists, researchers and engineers, all working to rid the world’s oceans of plastic. But it all started with an 18 year-old Dutch student called Boyan Slat, who had a brilliant idea in 2013 to use currents to collect waste plastic from the water. He’s now the CEO, and he’s still only 25!

What did you ask for for your 15th birthday? For Leah Namugerwa, it was a way of increasing awareness about the widespread hunger in her home of northern Uganda. In an area prone to droughts and landslides, she celebrated her birthday by planting 200 trees. Leah is also leading a campaign to ban plastic bags in Kampala, and gives speeches on climate change. "If adults are not willing to take leadership, I and fellow children will lead them. Why should I watch on as environment injustices happen before my eyes?”, she has said.

Aalayah was in one of the classrooms that a gunman attacked in Marjory Stoneman Douglas High School in Parkland, Florida. She protected herself from the killer under her friend's dead body. Now on the executive board of Team Enough - the youth-led initiative that educates young people to end gun violence - Aalayah is a voice for African Americans and the gun violence they face everyday. She is an inspiring voice who has been on Oprah and testified against Judge Brett Kavanaugh's Supreme Court nomination– which brought members of congress to tears.

Goal 17: Partnerships For The Goals

The co-founder of the youth activism group Zero Hour (she was just 15 at the time), Jamie Margolin has a unique perspective on the climate conversation as a Columbian-American who identifies as Jewish and lesbian. Goal 17 is all about communications and partnerships - Margolin uses her writing to help educate people from all walks of life on the climate crisis.